Columbus, OH — As President Biden marks his first 100 days in office today, Ohio is on the road to recovery and building back better thanks to the American Rescue Plan passed with the help of Sen. Brown and Ohio Democrats. The Rescue Plan is enjoying wide bipartisan support across the state as millions of Ohioans have now gotten their shots, have received $1,400 checks to make ends meet and have watched small businesses in their neighborhoods open up and hire more Ohio workers.

Yet Republicans vying to represent those Ohioans in the Senate all remain firmly against it.

“Ohio voters deserve to hear from Republicans running for Senate about why they opposed critical help for our state at a time when we needed that help the most. What else are these candidates willing to play politics with, besides a once-in-a-lifetime pandemic?” said Matt Keyes, spokesperson for the Ohio Democratic Party.

Read more below about what Republicans are saying about the critical relief package: 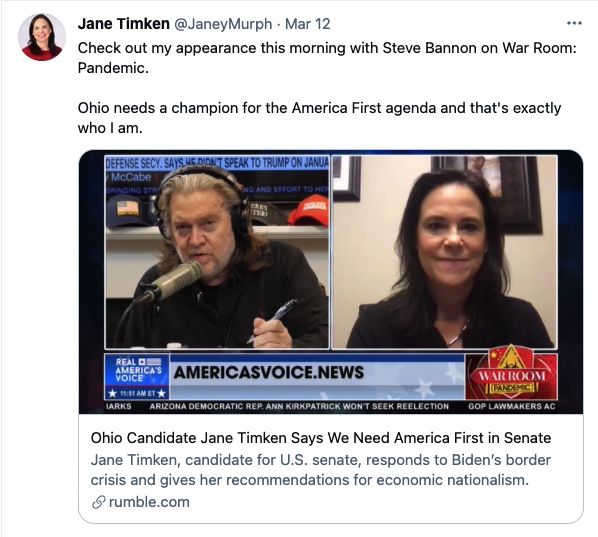 Josh Mandel Attacked Provisions in the Package that will Secure Retirements for Ohio Workers:

As they’re traveling around Ohio, attempting to talk about anything other than actual policy proposals, Republican candidates should be held accountable for their opposition to the Rescue Plan and be asked to explain why they oppose critical relief that has done so much to put  Ohio on the road to recovery.